This is my first persona construction according to Lene Nielsen’s parameters: 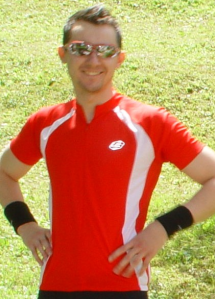 Scott MacScience Jensen is a 28 years old 3rd year PhD student. He is rather tall, fit body, and always very formally dressed. He is single, but lives together with his girlfriend Marie in an apartment close to the university in Aarhus. He and Marie are both from Vejle, and they are very sporty. That’s why Scott is surely exercising with Marie whenever he’s not in the lab.
Scott went to Aalborg University where he was very active organizing student activities. Many of his friends have also moved to Aarhus, so he always finds some social activities to attend.
Scott has a master degree in Biotechnology and works for the Nucleic Acid Function and Technology group of Aarhus University. Three labs and twenty people make up the research group. Scott’s lab employs 6 resident researchers; there is one guest researcher, and eventually one or two master students working there. The lab is known worldwide for its works on DNA machines. Scott works under supervision of Professor Jørgen Kjelm and sometimes receives advice from other Post Docs during the weekly group meetings that all members attend.
Scott is very independent in his work, and could spend weeks working on his own. However, Scott meets with his professor every two or three days. For these meetings Scott has to present the progress in his work and receives guidance on how to continue. Scott roughly knows what his colleagues are working on, and the little he knows comes from the group meetings.
The research project Scott is involved in is trying to create DNA machines that identify viruses. He had initially worked developing different shapes with DNA using the technique called DNA origami, and he plans to use some of that knowledge later in his research. Scott also has to look after the group’s website, making sure it works and the contents are up to date.
Scotts has spent most of his PhD in the lab and now he’s preparing to wrap up his thesis. Therefore Scott mainly works from his office space that’s located in the same building as the lab but one floor above. Scott works with different molecular analysis tools including the CLC Bio Workbench. However he prefers using other tools that he has been using for years, and they do the same as the CLC Bio Workbench.
——————
The following image shows how Scott fits the organizational hierarchy of the group, and the other personas that are part of it:

NOTE: The picture was taken somewhere from the Internet using Google Images. If you have any problem with that please excuse me and let me know and I will change it.
Advertisement